Olfiction perfumer Pia Long was commissioned by Ford to create a fragrance to celebrate the launch of the new all-electric Mustang Mach-E GT, for those who “hold a fondness for the evocative smells of traditional petrol cars”.

The Mach-Eau fragrance was created by Olfiction perfumer Pia Long, with ingredients that each add a specific element of the scent’s story. Ford revealed the fragrance this weekend at the Goodwood Festival of Speed, an annual event that attracts petrolheads from across the globe. The scent, which is not available to buy, is part of Ford’s ongoing mission to help dispel myths around electric cars and convince traditional car enthusiasts of the potential of electric vehicles.

Pia’s starting point was to look into the chemicals that are emitted from car interiors, engines and petrol. This included benzaldehyde, which is an almond-like scent given off by car interiors, and para-cresol which is key in creating the rubbery scent of tyres. There were blended with ingredients like blue ginger, lavender, geranium and sandalwood that added metallic, smoky and further rubbery accents, as well as an overdose of Timut pepper, utilising the petrol-like topnote. An ‘animal’ element was also included, to create an impression of horses and underline the Mustang heritage.

In a Ford-commissioned survey, one in five drivers said the smell of petrol is what they’d miss most when swapping to an electric vehicle, with almost 70 per cent claiming they would miss the smell of petrol to some degree. Petrol also ranked as a more popular scent than both wine and cheese, and almost identically to the smell of new books.

The new scent is designed to help usher these drivers into the future of driving through their sense of smell. Rather than just smelling like petrol though, Mach-Eau is designed to please the nose of any wearer; a high-end fragrance that fuses smoky accords, aspects of rubber and even an ‘animal’ element to give a nod to the Mustang heritage.

“Judging by our survey findings, the sensory appeal of petrol cars is still something drivers are reluctant to give up. The Mach Eau fragrance is designed to give them a hint of that fuel-fragrance they still crave. It should linger long enough for the GT’s performance to make any other doubts vaporise too.”

Five years ago today, Nick Gilbert and Pia Long formed Olfiction Limited – and both would agree it’s one of the best things they ever did. Five years on, and the business has grown to a team of five, onto its second lab, multiple product launches and new projects.

Combining ways in which to help clients bring concepts to life; creating new fragrances with the support of some of the best partners in the business – and to help our clients tell stories has proven to be a good model to see the business evolve organically to a resilient and flexible entity. Here’s to many more anniversaries and to unique perfumery!

Olfiction Creative Perfumer Pia Long has worked with Victor Wong of Zoologist to bring a new cute animal to the collection: Chipmunk! The perfume features oak absolute, spices and a green hazelnut accord (not a typical gourmand, more as you would find in nature).

This is what Victor has to say:

The lush green of the treetops fades to a dull gold. What seems a peaceful transition actually raises a blaring alarm to the creatures below. Time is running out. But for generations, mighty oaks have fulfilled a promise to provide, and leaves are not the only bounty tumbling to the forest floor. Chipmunks scurry among the detritus in their quest to collect the plumpest acorns. They eagerly gather what they can and, cheeks bulging with nuts, scamper home to line their snug burrows before falling leaves give way to biting snow.⁣
⁣
Zoologist Chipmunk captures an autumn forest bursting with ripe nuts. Juicy quince, dusted with cardamom and nutmeg, dangles tantalizingly among naturalistic woods and green, milky kernels. Chipmunk invites you up into the branches, offering a dazzling vantage point from which to enjoy the rich golden and russet hues of the changing seasons.⁣
⁣
TOP⁣
Quince, Pink Pepper, Red Mandarin, Cardamom, Nutmeg⁣
⁣
HEART⁣
Camomile, Hazelnut, Fir Balsam Absolute, Oak Absolute, Earthy Notes⁣
⁣
BASE⁣
Cedarwood, Amyris, Patchouli, Vetiver, Benzoin Resin, Opoponax, Guaiacwood, Animal Notes⁣

Chipmunk will launch in August 2021 and samples are already in circulation.

We have been training our lab assistant and compounder Ezra-Lloyd Jackson on perfumery and his drive to become a creative perfumer has been inspiring to support. We were able to arrange remote training with the assistance of Marianne Martin and the olfactive smelling kits she prepared. Weekly review and additional external study (for example, with ISIPCA’s online training) has ensured Ezra’s training is off to a great start.

Ezra was recently featured in the Perfume Society’s Scented Letter magazine as a “Nose to Watch”, first of a new feature series. You can read the article here via the digital version of the print issue.

The collection includes Queen Jam, inspired by a Finnish conserve, Gilt, a golden confessional, Cuir Culture, like leather in a library, Succulent, an ode to juicy cacti, and Hellflower, a sulphuric grapefruit-magnolia.

A collaborative full team effort to create, with perfumery by Pia Long, creative direction by Nick Gilbert, words by Thomas Dunckley, and illustrations by assistant and trainee perfumer, Ezra-Lloyd Jackson. We’ve worked with our clients (and friends!) at Parks London Ltd to bring these to life, and of course the fragrance oils are supplied by our partner Accords et Parfums.

Discover the brand and our playful fragrances at
www.boujeebougies.com

Fashion Beauty Monitor – the destination for fashion and beauty intelligence – has compiled a list of 10 UK fragrance influencers they reckon you should know and Olfiction founders Nick Gilbert and Pia Long are both featured. 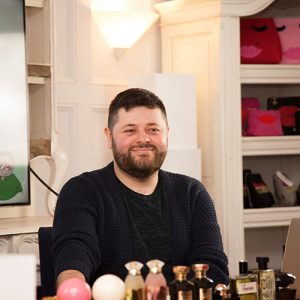 Nick’s career started in fragrance retail and quickly moved into social media, blogging, marketing and fragrance evaluation. He was called the “most knowledgeable person on fine fragrance I’ve met” by a renowned UK R&D perfumer. 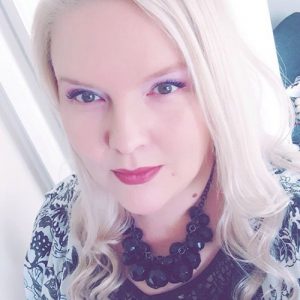 Pia first fell in love with fragrance during her after school part-time beauty counter job in the 80s. Since then she has worked across almost the whole value chain: fashion, distribution, training management, new product development, quality control, journalism and perfumery.